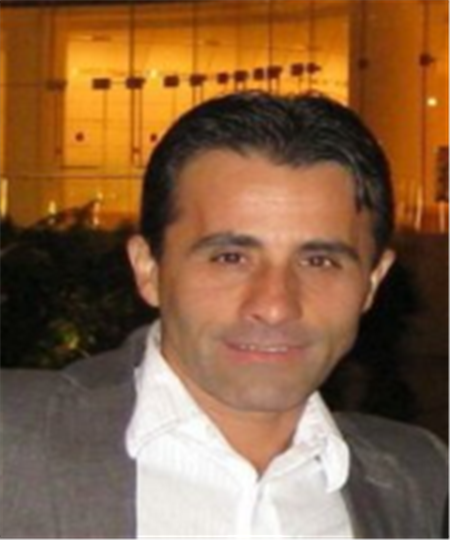 Born in Cuba, Mr. Almaguer  graduated from the school of Ballet de Camaguey, where he began his professional dancing career under the direction of the Father of the Cuban Ballet, Fernando Alonso. Mr. Almaguer was hired as a Soloist with the National Ballet of Cuba in 1989 fallowing his two Gold Medals in 1988 in the International Ballet Competition in Peru.  While being a Soloist with BNC (Ballet Nacional de Cuba) under the direction of world-wide legendary Prima Ballerina Alicia Alonso, Mr. Almaguer toured extensively throughout Europe and Latin America, and performed as a Guest Principal Dancer in several International Ballet Companies.

Following his defection to the United States in 1993, Mr. Almaguer  has been a Guest Artist with several American Ballet Companies, including the Miami City Ballet and the Ballet Cubano  of Miami and has been a Principal Dancer in companies such as Cleveland San Jose Ballet, The Joffrey Ballet of Chicago, The State Street Ballet of Santa Barbara, etc. His guest artist work has taken him to a variety of companies in the Czech Republic, Dominican Republic, Spain, Bulgaria, Russia, Germany, Peru,  Brazil, Mexico, UK , Italy and Canada. He has been featured in TV in many  of these countries and the USA.